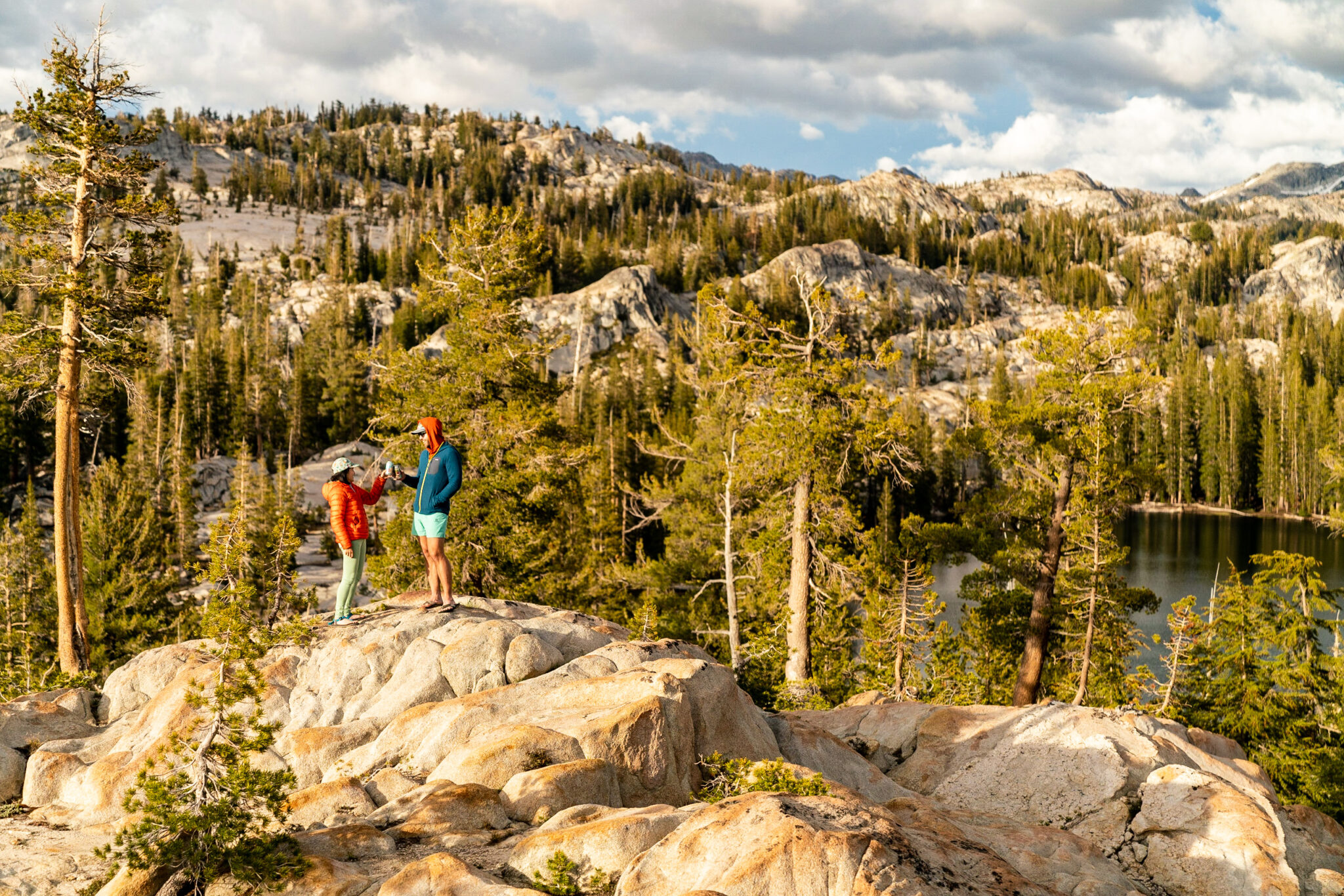 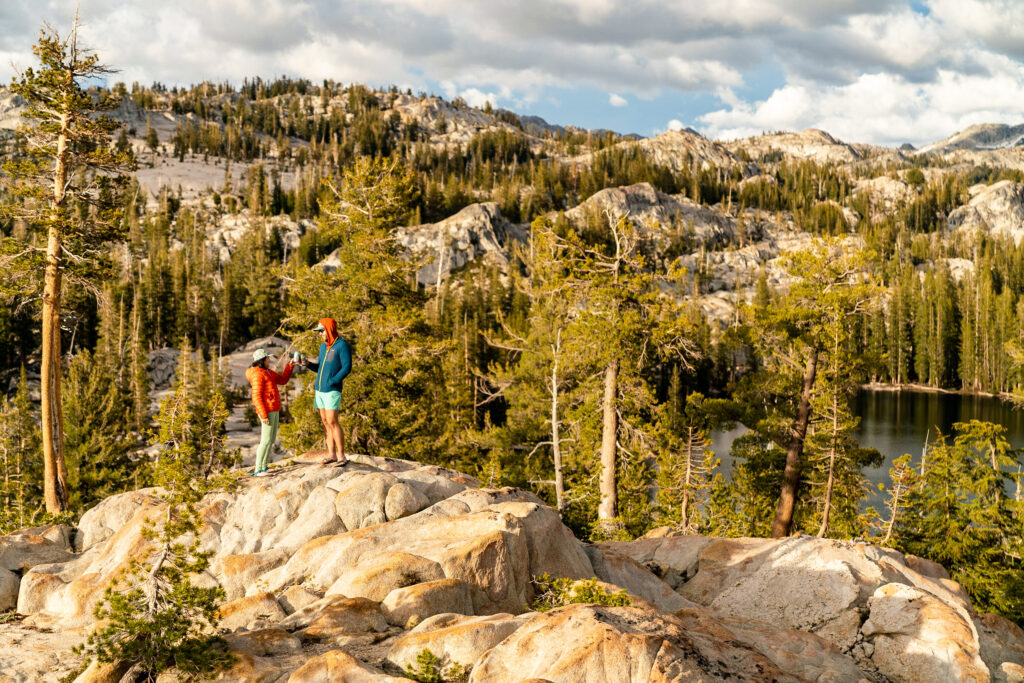 Research reveals that travellers are prioritizing experiences over products or things when it comes to their spending. But not just any old experiences, no. Tourists are seeking outdoor adventures for 2023 according to further data. According to Skyscanner’s Travel Report, hiking and wildlife spotting are set to be two of the top travel activities this year.

To spur travellers on in their search for nature-centred adventures, Craft Travel has rounded up 10 of the best wilderness destinations to visit in 2023, including staying on the edge of an extinct volcanic crater by the Congo Basin and in a lodge camouflaged as a boulder in the Sri Lankan jungle. Craft Travel curates bespoke travel itineraries for those looking to explore the most incredible natural phenomena all over the world.

1. Sleep Between the Peaks of the Indian Himalayas

Explore the wilderness of the iconic Himalayan mountains – a range of breathtaking jagged peaks, valleys and alpine glaciers that are home to the tallest mountain in the world.

After spending the day tracking snow leopards and exploring the iconic landscape, rest up in a homestay in one of the enchanting sherpa mountain villages.

Here you can unwind in the evening by chatting with the local community, completely detached from technology and surrounded by jaw-dropping views of Everest before delving into a traditional home-cooked meal. For the ultimate wilderness experience, follow up your Himalayan adventure by staying in a SUJÁN Sher Bagh tented suite overlooking the wild Ranthambore jungle – the finest habitat in the world to observe tigers in the wild.

Lying under a canopy of indigenous trees, the suites lie in an enchanting setting and a perfect base from which to investigate the billion-year-old deciduous jungle. Be one of the lucky few to see the striking striped cats in their natural habitat while exploring one of the biggest and most highly renowned national parks in Northern India.

2. A Private Island in One of the Most Ecologically Distinct Places on Earth

The island nation of Madagascar is home to a plethora of distinct ecosystems and extraordinary wildlife that make it one of the most sensational wilderness destinations to visit in the world.

Yet, to make the experience of visiting the archipelago that bit more immersive you can stay on the pristine islet of Miavana Time & Tide, a 10 square kilometer wild private island home to just fourteen villas. For the ultimate castaway experience, you can even book all of the villas for exclusive use and have the intimate islet all to yourself.

While staying on this patch of paradise, take a helicopter ride for the most incredible view over the island’s mountains, baobabs and shipwrecks before trekking across the pristine forests home to over 100 species of lemur. Next, you can take a deep dive into the 5,000-hectare marine protected area lying just outside your doorstep where you will find everything from spinner dolphins to manta rays and sea turtles to humpback whales.

3. Stay on the Edge of an Extinct Volcanic Crater by the Congo Basin

Kyaninga Lodge lies at the edge of a volcanic crater where the Great Rift Valley meets the mighty Congo Basin. Backdropped by Lake Kyaninga and the Rwenzori Mountains, the accommodation is nestled right in the heart of one of East Africa’s most biodiverse rainforests.

Comprising nine cottages constructed from hand-carved logs, the properties offer a touch of luxury and serenity amidst the under-explored region, which happens to be home to the greatest density of primates in East Africa. Go chimpanzee trekking in the nearby Kibale Forest National Park, to get a rare look into the lives and interactions of these great apes whose calls echo throughout the region.

The rainforest itself is nothing short of spectacular and regularly attracts a wealth of wildlife filmmakers, including that of the great Attenborough. Upon your return to the lodge, refresh and recuperate with a swim in the idyllic critter-free lake. Vibrant green vegetation encircles its tranquil waters to create the most idyllic setting.

Continue your explorations into the following day by taking a guided walk around the rim of the volcanic crafter that the lodge lies perched atop. Only from here will you be able to see the extraordinary landscape in all of its majesty. Travellers can do all of this and more on a Luxury Gorilla and Chimpanzee Tracking itinerary.

4. Fall Asleep by the Towering Dunes and Shipwrecks of Namibia’s Skeleton Coast

Stay amongst the shipwrecks, rolling plains and towering dunes of Namibia’s Skeleton Coast with a visit to Shipwreck Coast. Trapped between the Atlantic Ocean and the central plains, this unique part of the world is one of the driest places on earth.

Yet, the thick fog that often envelopes the landmass has led many captains astray who have ended up shipwrecked upon its enchanting shores. The lodge immerses its guests in the mystifying atmosphere of the area by designing the rooms to resemble the shipwrecks that lie along its coast.

Raw and rugged, this remote corner of the world offers a unique and extraordinary take on African wilderness, with imposing dunes and vast plains lined by the chilling waters of the Atlantic seas.

When it comes to things to see, you can investigate the haunting whale and seal bones that scatter the coast, marvel at the spectacle of clay castles and investigate the unique plant life including succulents and lichens. Investigate the fascinating shores of Skeleton Coast on a Namibia Fly-In Safari.

5. Kip Up in a Lodge Camouflaged as a Boulder in a Region Home The Largest Leopard Population in the World

Head to Yala National Park in Sri Lanka for a taste of wild, unspoilt nature. Stay in a beachfront safari lodge that blends seamlessly into the landscape, with a design mirroring the boulders that lie scattered across the setting. Once home to Sri Lankan royalty, the remains of a lost civilization lie hidden between the lush vegetation and wildlife of the jungle. Expect to stumble across Buddhist ruins and temples from the ancient Ruhunu kingdom that once called the area their home.

Join a tracking expedition to investigate the area home to the highest population density of leopards in the world along with elephants, crocodiles, peacocks and monkeys.

6. A Thatched Cottage Clinging to A Hill Overlooking the Kenyan Valleys

There are few more unique places to rest your head than a thatched cottage built into the hillside of one of Kenya’s most beautiful valleys. Located in Lewa’s Eastern Marania Valley, these sensational sanctuaries offer utmost comfort and incredible vistas across the wild surrounding landscape.

While here, venture out on a safari in the Lewa Wildlife Conservancy to see some of the most iconic wildlife species in the world. With only three vehicles permitted for wildlife sightings, you can rest assured that each excursion will be enjoyed in peace and privacy.

Prepare to tick off seeing the “Big Five ” along with seeing the rare Grevy’s zebra and the endangered black and white rhinos all the while backdropped by the tallest mountain in the country and a sea of open plains, rolling hills and valleys. Investigate Lewa Conservancy’s spectacular wildlife on a bespoke Craft Travel itinerary to Kenya.

7. Surrounded by Nothing But Lakes in the Only Luxury Camp in the Last Continent

Offering a touch of luxury in the world’s most uninhabitable landscape, Whichaway Camp’s six heated solar pods provide a haven of cozy privacy amidst the harsh temperatures of the wild Antarctic landscape.

The pods are surrounded by nothing but freshwater lakes and make the perfect comfy bases to return to after ice climbing, hiking over ice waves and visiting the area’s 28,000 emperor penguins and their chicks. As there are so few visitors to this remote colony, the little penguin chicks remain unafraid of humans and often waddle close by.

For further comfort, you can make a bee-line to the sauna which boasts magnificent views of the glacier before sitting down to a gourmet meal prepared by a private chef and sipping cocktails by the fire. Let a destination expert guide you across the untamed landscape on an Exclusive Antarctic Emperor Penguins experience.

8. Completely Eclipsed by Mountains and Desertland

Lodge in luxury, waking up to uninterrupted views of the Korannaberg mountains and the arid savannah and ochre dunes of the southern Kalahari Desert at the Tswalu Kalahari camp where the ratio of guests to wilderness space is one of the lowest in the country.

Offering grandeur with a rustic aesthetic, the suites’ earthy tones and shapes feel consistent with the glorious landscape you came to explore. As South Africa’s biggest privately protected wildlife reserve, there is certainly much to explore in the Tswalu Kalahari reserve including one of the largest populations of black and white rhinos and the endangered pangolins and meerkats.

Explore the most remote areas of the landscape at your own pace in a private safari vehicle. Beyond game drives, you can set off on nature walks, tracking, horse riding and stargazing in this spectacular part of the world.

9. The Wildlife Capital of the Arctic

The Norwegian archipelago of Svalbard lies about 1,300 kilometers from the North Pole and offers an authentic Arctic experience right at the edge of the inhabitable world of Norway. Venture deep into the Arctic Circle on a cruise that will peacefully glide you to the most sensational sites and creatures in the area. One of the most exciting aspects of visiting the area is that it is home to the largest land carnivore in the world, the polar bear.

Embark on an unforgettable hiking expedition across the stunning snow-blanketed tundra to see everything from polar bears to reindeer and walruses to beluga whales, all the while hearing all about the fascinating history and geology of this remote part of the world.

10. Sleep with the Fishes in One of the Seven Wonders of the World

Lizard Island is an idyllic islet in the middle of the Great Barrier Reef. As the world’s largest coral reef system and the only living organism that can be spotted from space, it truly is one of the most biodiverse places to rest your head. An unspoilt paradise, the island has 24 powder-white beaches, 1,000 hectares of national park and luxury suites scattered across the area.

With options including a lavish villa perched upon the island’s clifftops and beachfront suites, you are sure to find the perfect place to stay while delving into the area’s flourishing waters. Go diving or snorkelling straight from the island’s beach, to investigate one of the most diverse habitats on the planet.